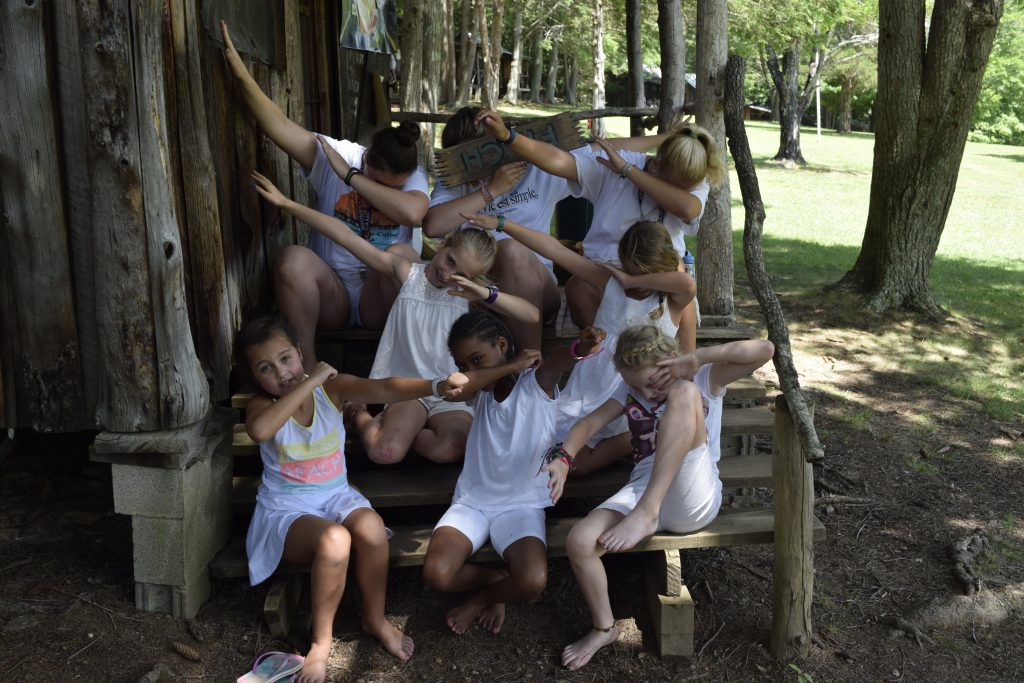 24149 – The zipcode of camp often used as a synonym for Camp Carysbrook.

G House – Stands for Garden House. The shower house or bathroom located behind back cabin row. In times past, before indoor plumbing, outhouses were often located at the end of the garden hence the name garden house. Prior to about 1960 the facilities here were all outhouses.

D-Hall – The dining hall whose proper name is the Phoenix.

Charms – Patches the campers earn in the activities.

Pennants – Pennants with Camp Carysbrook written on them. Each new camper is given a pennant the last night of her stay here – the pennant has the charms they have earned on it. Returning campers bring their pennant to camp and are given the charms they earn to add to it.

Rules – Normally refers to the rules of an activity which a camper must learn before participating in the activity. Some activities have two sets of rules – courtesy and safety.

KP – The campers (2 from each table) who volunteer to clear the dishes from the table. Also used as a verb in “Will you KP?”

Head Table – The small table in front of the dining hall. The director, the assistant directors, Head Counselor, nurse, and guests sit here.

CIT – Counselor in Training. A camper who is 16 or has completed the 10th grade. These campers have committed themselves to an eight week program of learning about organized camping and related fields.

Banquet – The festivities planned by the senior campers for the last night of camp. The theme is a surprise for the rest of camp.

Toasts – The salute given each staff member by a camper after the meal at the banquet. Toasts are arranged by the senior campers.

Vespers – A Saturday late afternoon all camp gathering, usually at the bottom of the hill below the Virginia Creeper. The short program revolving around a theme such as caring, sharing, remembering is organized by various people and coordinated by Kathy or Betsy.

Green/Brown – The two teams of campers. Once a camper is placed on a team, they are on that team the entire time they are campers.

Team Captains – The senior campers (2 from each team) who are elected by the campers of each team to lead them for the summer. Occasionally, the captains will serve for only 4 weeks if they are only staying for 4 weeks. In this case, another election is held.

Teams of Green and Brown

Gather round camper for a story I will tell
About a camp you all have come to know so well
Round about 1923 is when it all began
Here in the mountains and fields of beautiful land.

So it happened at this camp we all have come to know
That maybe a little competition would be good for us who come and go
So the camp decided that to coordinate the lovely mountain scene
That we should have two teams to be known as brown and green.

And so these teams have grown and competed year after year
To see what team you’re on – well the time is finally here
So whether it is green or brown where your loyalties lie
You’ll see in our hearts we love them both and you’ll see why.

For at Carysbrook you see as our story will begin
It matters not what team, nor if you lose or win
But the spirit that stays with us year after year
Is the teamwork, friendships and memories that we hold so very dear.